Reaper at Play (Time for some gacha fun with The Arcade!)

1st September marks the opening of the new round of The Arcade (yes peeps, it's just a few hours away!)
I was super excited when I first saw the gacha prizes by *Tentacio*! I love working with ball-jointed dolls and these are so fabulously creative. Each prize consists of either a full body, a doll head or doll bra/thong set. There are 2 skin tones up for grabs - natural and vamp - but the bodies can be tinted to match better with skins of other mesh heads or standard avatar skins too.
There are 2 rare prizes - the skeleton and carousel bodies - and these include both skin colour options. I'm wearing the body (torso) and wings from the rare skeleton prize in vamp but what I really love about these bodies is how you can mix and match the different parts. The arms and legs are from the body of the 'inked vamp' doll. The tattoos on the arms, hands and legs are so detailed and personally I'm lovin' the black nail polish too!
There are 4 doll head prizes (2 different make ups in 2 different skin tones) and each comes with choice of 3 eye colours via a HUD. I'm not wearing the Galatea doll head in the pic but purely cos I loves on my usual doll head so much, so you can see the prizes in the gacha key below.

Most of the props from today's pics are from previous gacha events (I guess I was in gacha-type mood in anticipation of the Arcade!)
However, the tree is new by Studio Skye. OMG this tree is awesome, it's so detailed and perfect for upcoming Halloween scenes and creepy hangouts. It can be used all year round with the scripted season changer (5 options, each season plus 2 for fall). There are 2 versions included, with or without ground base, and the Li upon rez is 10Li or 5Li respectively. Resizing upwards increases Li of course, but I decreased size a little and that brought the Li down a touch.

There are a few more days left of the birthday round of Collabor88 so if you couldn't get in earlier on, you should have no bother now. Exile have released 2 new windswept hairstyles, one of which is the "You Send Me" as shown in this pic and the other I used already in a previous post.

The headpiece dolly reaper is wearing is by Dirty Stories and was at Totally Top Shelf last month but can now be found in their mainstore. The rose colour is changeable via a HUD, as is the skellie hand and the little gems. 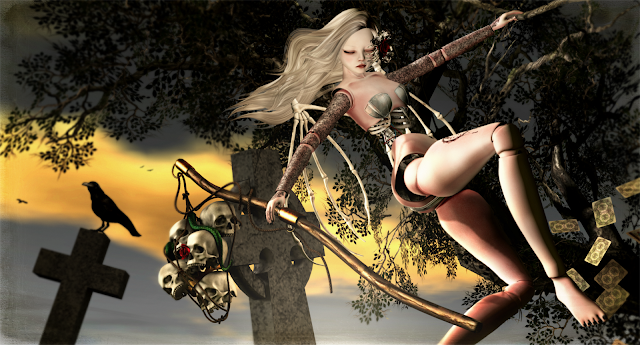 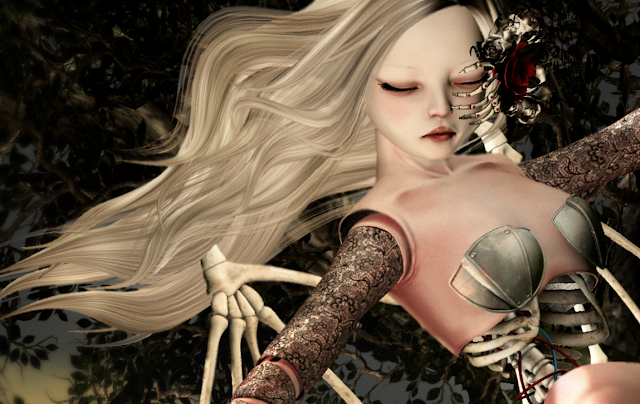 Pose by Del May - Tightrope 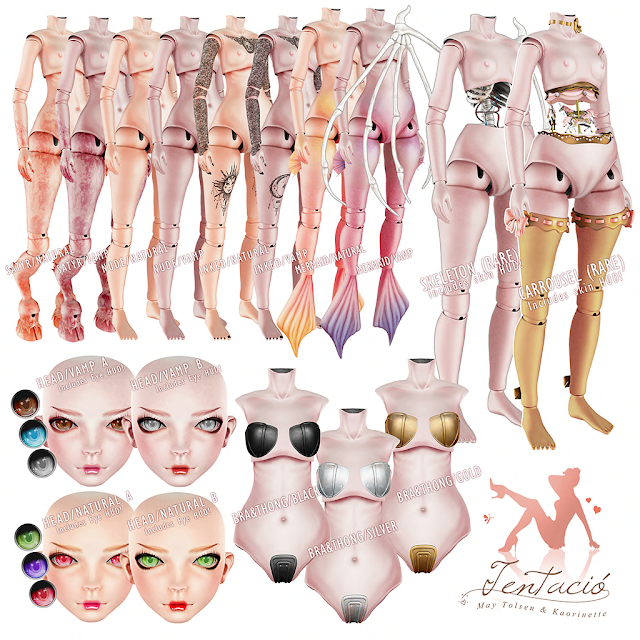