Dolly took a trip to Futurewave and became Dolly of the Future with this awesome outfit called Bellatrix by Zibska! Now she's got a little 'starstruck' with this new pose set available at Collabor88 and is getting lost in Space & Time ;)

Dolly is also wearing this uber-cool necklace by Spyralle (available at Futurewave of course!). Its non-rigged mesh and has scripted chasing lights (non-scripted version included too). The static pics don't do it justice but when you see it moving inworld it's awesome! 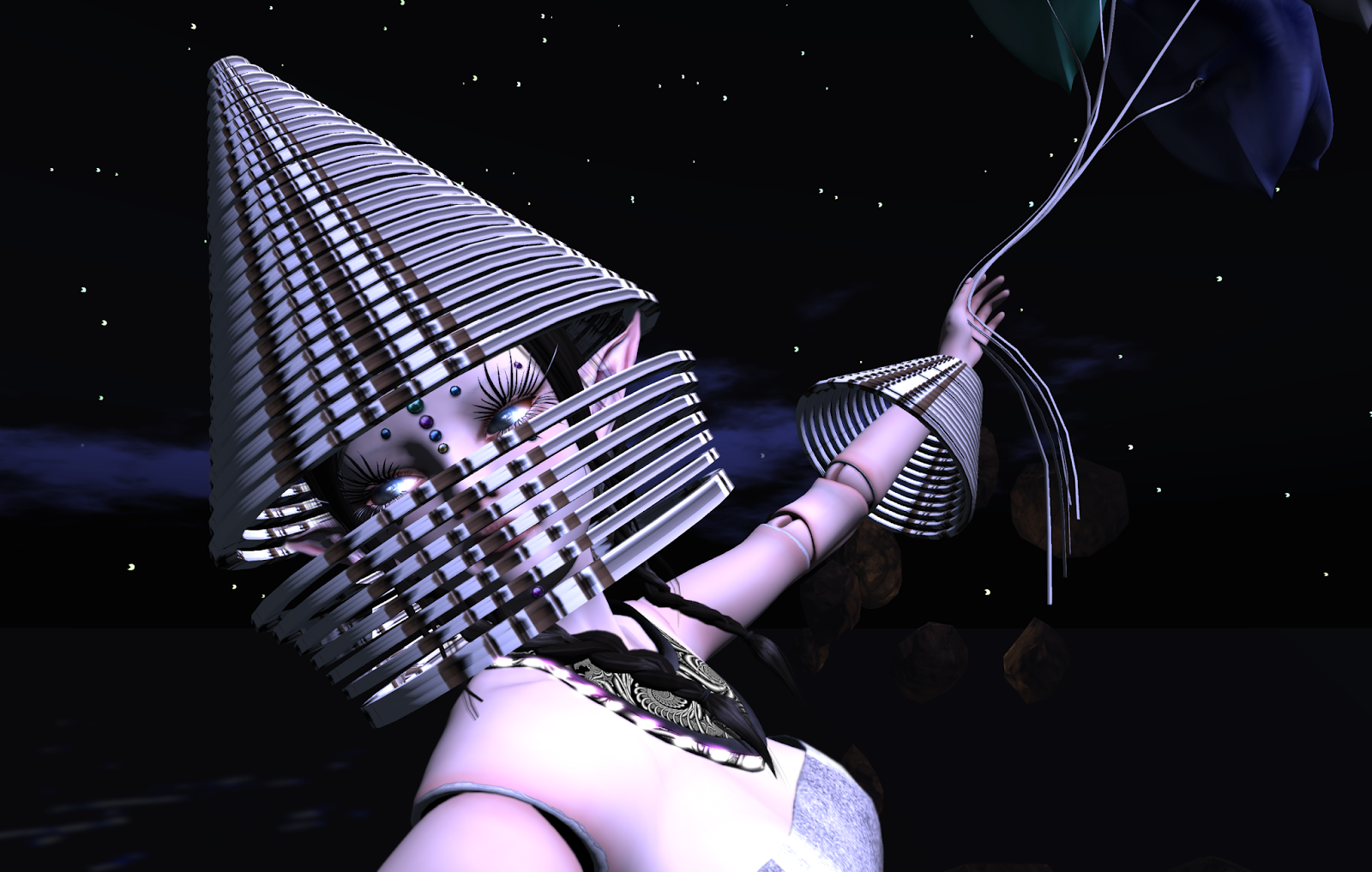 No turning back, face the fact
I am lost in space and time
Turning here, looking back in time"